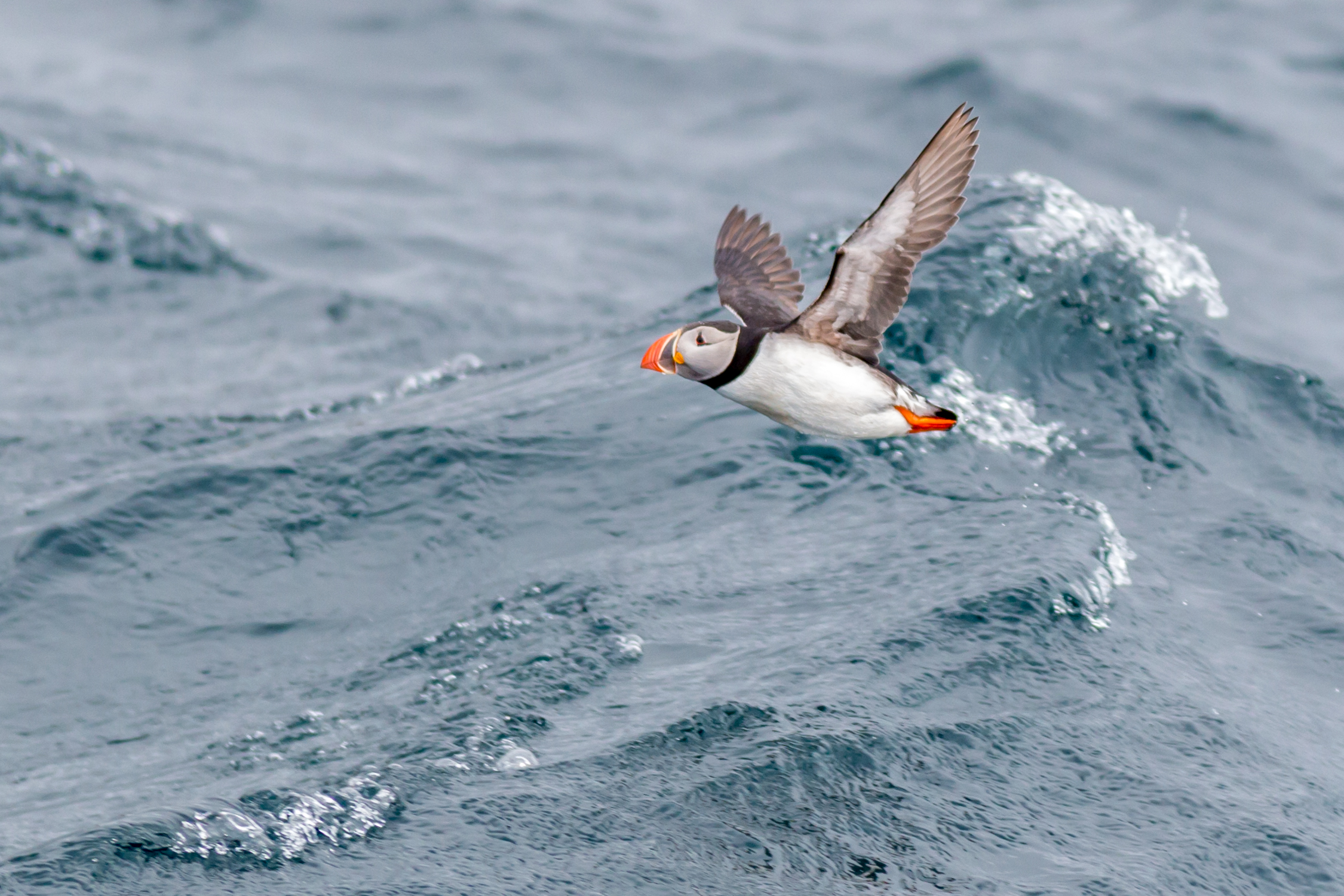 The wildlife at North Cape is close and spectacular. Here you will find one of Europe’s largest and most accessible bird cliffs with species so rare you might have a hard time tracking them other places. Our Island get new furry friends every summer, the reindeer spend their summer holidays here grazing.
North Cape represents a myriad of wildlife, both beautiful and rare species to more portentous ones at the bottom of the sea, talking of course about the infamous king crab. Here are some of our friends:

Birdlife
Get excited by millions of birds nesting, diving, and flying over Gjesværstappan Nature Reserve. It springs of life the period from April to September in both on land and in the air. Powerful sea eagles circle round in search of their next prey. Puffins, Guillemots, Razorbills, Cormorants, Arctic Skuas, are species among the diverse birdlife at Gjesværstappan – in the fishing village of Gjesvær.

Reindeer
At summertime you can come across flocks of grazing reindeer at North Cape. Don’t be surprised if the reindeer suddenly show up in the town of Honningsvåg or in your garden on a hot summer day, it happens sometimes. Although our furry friends are majestic to look at, they should be respected. Be careful while driving on the island, you never know when these stubborn animals decide to cross the road.

King Crab
The king crab is a newcomer in Norway. The crab specie originates from the Pacific region – from the Japanese Sea in the south to the Kamchatka peninsula in the North. It all started with the crab specie being introduced to Murmansk by Soviet biologist back in the 1960s. Since then, the crab has grown strongly and spread east and west in the southern Barents Sea, including along parts of the Norwegian Coast. The king crab is undesirable in Norwegian waters, but has nevertheless become an important commercial specie for Norwegian crab fishermen in the North Cape region.